My name is Brent Jones, I was born in the United States of America in Kremmling, Colorado in 1976. My first experiences as an artist was when I would spend the afternoons with a family friend while my parents worked in their hayfields. My influences include Van Gogh, Francis Bacon, Jackson Pollock, and many more. I realized that I wanted to pursue my career in the art field when I was in High School and quickly learned my favorite class was always art and photography. I went on to study Visual Art and Business Administration at the University of Northern Colorado where I earned my qualifications in Drawing and Marketing.

Today I work primarily in UX/UI Design and still enjoy acrylic painting and photography. I currently work from Denver, Colorado love to travel the world for inspiration.

Want to get to know me? Here’s a peek into my world:

I was raised outside a very small town in the Colorado mountains. My family raised sheep and I also showed steers and pigs in the local 4-H competitions. I am very allergic to hay, which contributed to my creativity. My parents would help our friends Lloyd and Edna hay and because I couldn’t be out in the hay field, I would stay at the house with Edna and we would draw and paint.

Both my great-grandmother and grandmother were artists. I used to love to spend time with them and watch them paint, sculpt and draw. Besides my family, I was drawn to Native American painters early on, notably Earl Biss. I loved his expressive scenes and use of texture in his art. Once I reached high school, I began learning more about art and famous artists. By college I was fascinated with Van Gogh, Michelangelo, Picasso, Pollock and many many more.

I started college and declared a business major, but after taking art classes as an elective I decided to double major in Business Administration and Visual Art. In 2000 I received both of my degrees from the University Of Northern Colorado. Before graduating I took a 3 week art history course in Italy and my love for all things European began. I was bit by the travel bug and would continue to travel to Europe every chance I got. I have now visited Italy, France, Iceland, England, Ireland, Spain, Czechia, Germany, Switzerland, Austria, and the Netherlands as well as Russia and Mexico. My list of destinations is ever growing!

Besides foreign travel, I have also traveled across much of the United States. I hope to keep exploring for many more years to come. My travels have inspired my creativity and exposed me to perspectives I never would have imagined otherwise. Besides art, I also love cooking, working on my house, music and movies. I bought a small fixer-upper in 2020 and since remodeled my kitchen and bathroom and have started working on the yard and garage. 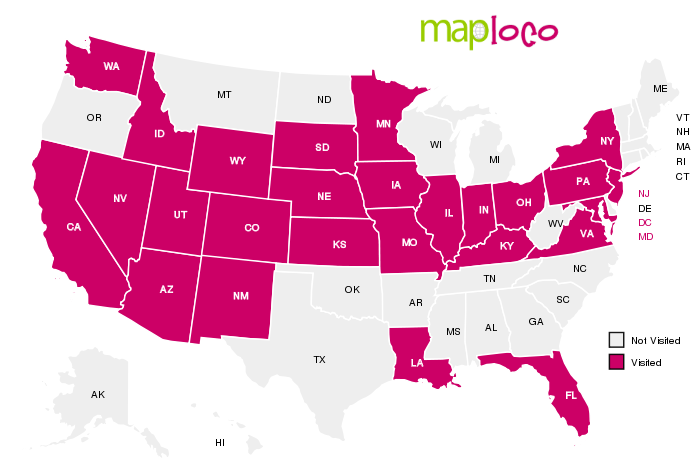 I have worked in several fields including advertising, retail management, optics and most recently UX design. When I’m not working or painting, I’m probably listening to music and some of my favorite singers include Sia, Lady Gaga, Stromae, Billie Eillish, Bishop Briggs, Tina Turner, Tom Petty, Fleetwood Mac, Ellie Goulding, Alanis Morrisette and Adele just to name a few. If the music isn’t playing then a movie or streaming show probably is. A few of my favorites are Lord of the Rings, Harry Potter, Jojo Rabbit, Schitt’s Creek, The Devil Wears Prada, The Queen’s Gambit, Game of Thrones and Six Feet Under.

Some products are only suitable for adults! Dismiss